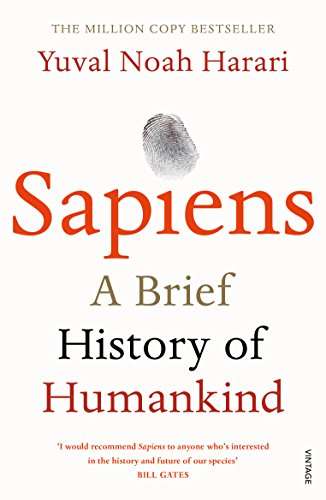 A Brief History Of Humankind

I was expecting a book on the Sapiens origins when it is a wonderfully written social overview of our history … and its possible future. A great novel and an incredibly detailed review of our main values.

Homo sapiens rules the world because it is the only animal that can believe in things that exist purely in its own imagination, such as gods, states, money and human rights.

Starting from this provocative idea, Sapiens goes on to retell the history of our species from a completely fresh perspective.

It explains that money is the most pluralistic system of mutual trust ever devised; that capitalism is the most successful religion ever invented; that the treatment of animals in modern agriculture is probably the worst crime in history; and that even though we are far more powerful than our ancient ancestors, we aren’t much happier.

Why humans run the world

Yuval Noah Harari on the myths we need to survive